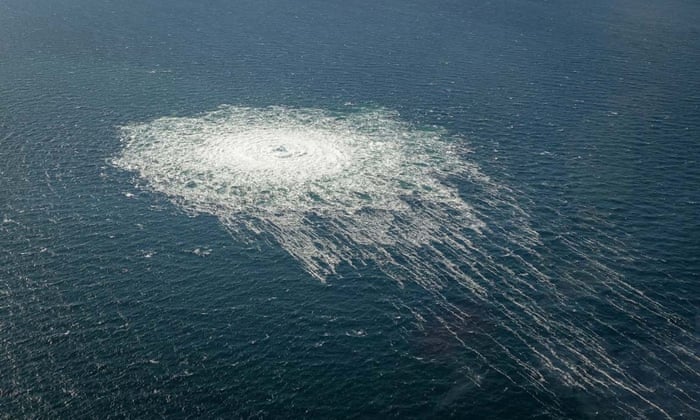 Sabotage is the most likely cause of leaks in two Baltic Sea gas pipelines between Russia and Europe, European leaders have said, after seismologists reported explosions around the Nord Stream pipelines.

A seismograph on the Danish island of Bornholm, near where the leaks occurred, twice recorded spikes on Monday, the day on which the Nord Stream 1 and 2 gas pipelines underwent dramatic falls in pressure, the German geological research centre GFZ said.

A Danish military flight over the leaks brought back striking images from the ruptures, including one showing an area of bubbling gas a kilometre wide on the sea’s surface. 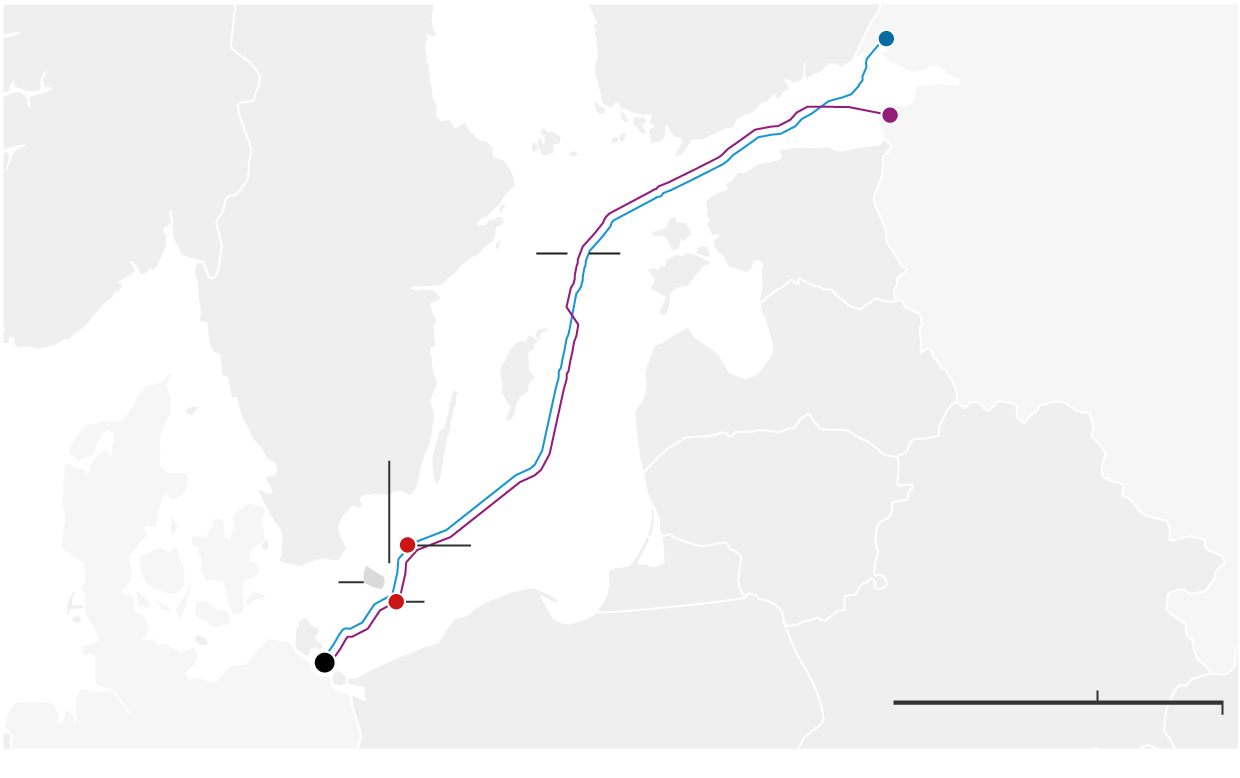 GFZ declined to be drawn on whether the tremors recorded could have been the result of an explosion but scientists at the research centre ruled out the possibility that the leaks could have been caused by earthquakes.

A seismologist quoted by Swedish television suggested the activity may have been the result of explosions. Björn Lund, director of the Swedish National Seismic Network, SNSN, which measures Swedish earthquakes and explosions, told the SVT television channel that the event – one of which registered a magnitude of 2.3 – may have been caused by undersea detonations.

“Breakage of gas pipelines is extremely rare”, Danish authorities said in a statement. The steel pipe itself has a wall of 4.1 cm (1.6 inches) and is coated with steel-reinforced concrete up to 11cm thick. Each section of the pipe weighs 11 tonnes, which goes to 24-25 tonnes after the concrete is applied.

One UK insider speculated that any explosions were unlikely to have been caused by a submarine or underwater vehicle, because their presence would have been detected in the relatively shallow Baltic waters. Sections of the pipelines are between 80 metres and 110 metres deep.

An alternative scenario could be that mines were dropped from a disguised commercial vessel days or weeks ahead of the attack, then remotely detonated to cause the explosions. But the latter scenario was entirely hypothetical, they stressed.

A five-mile exclusion zone for shipping has been set up around Bornholm, and flights below 1,000 metres have been banned in the area. Methane, the primary component of natural gas, partially dissolves in water, is not toxic and creates no hazard when inhaled in limited quantities.

Nord Stream AG, the pipeline operator, had on Monday morning reported an unexpected overnight drop of pressure from 105 to 7 bar in Nord Stream 2, which is filled with gas but was cancelled by Olaf Scholz, the German chancellor, shortly before Russia’s invasion of Ukraine.

A further drop of pressure was reported on Monday afternoon in Nord Stream 1, which Russia shut down indefinitely at the start of September, initially saying it needed repairs.

With three separate leaks almost simultaneously, with some distance between them, it was “difficult to imagine” it was a random accident, Frederiksen said at a short press conference during a visit to Poland, where she was participating in the opening of the Baltic Pipe gas pipeline.

Since no gas has flowed through either of the pipelines since the start of the month, German authorities have been quick to reassure people that the leaks will not affect its plan to fill gas storage tanks in time for winter.

Environmental NGOs said the leaks were likely to cause large-scale damage to the environment. “As soon as methane in gas form raises from the surface of the sea into the atmosphere, it will massively contribute to the greenhouse effect,” said Sascha Müller-Kraenner of the pressure group Environmental Action Germany.