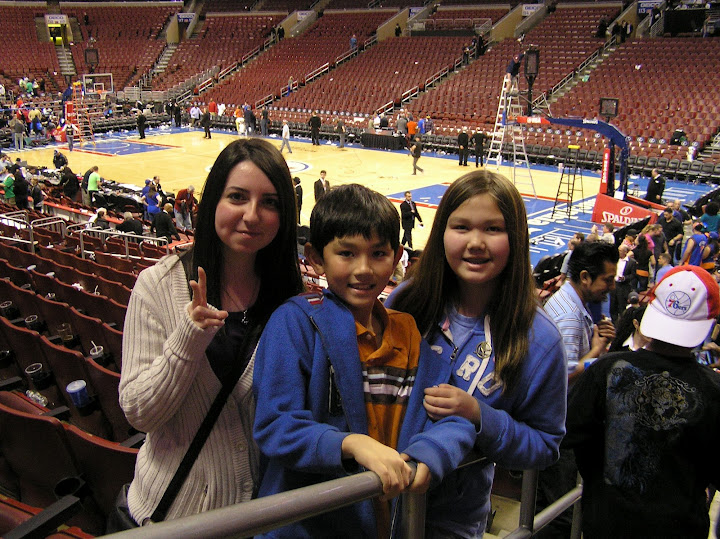 About three weeks ago, we hosted a high school student from for 10 days for her spring break in the . Her name is Patricia and she is half Italian, 1/4 Brazilian and 1/4 Japanese.


Patricia is very mature, polite and sweet. Her English is very good. She moved to when she was twelve about six years ago when her parents accepted a job there. She could not speak Japanese at all at the time and Japanese is so hard to learn for a westerner. She felt very lonely and hated her parents for moving. That's when she started to learn English by watching American shows on TV.  Now she speaks fluent Japanese and very good English. She also likes to live in now than in and wants to pursue her college degree in .

Patricia is very inquisitive. She wanted to learn as much as possible about during her short stay here so she asked a lot of questions. Unlike a lot of the girls, she is very interested in history. Olivia and Evan immediately made friends with her. Apart from her busy schedule, we took her to the art museum and a NBA game with Jeremy Lin. The funny thing was that she watched Will Smith in "The Fresh Prince from Bel Air" when she was little and the only time she came to the she actually saw Will Smith at the NBA game. How cool was that! :)  Patricia also went to a dance party at Olivia's school and saw the premier of the "Hunger Game" which she liked a lot. So we got her the "Catching Fire" book as a gift. She shot nerff guns with Evan and his friend around the house and played chess with him. She said she had a great time during her short stay in the and she would never forget about this trip.

On my end, I also really enjoyed chatting with her about her living experience in and , the differences between the two countries, her thoughts about and the American teenagers, and her wish to be become an exchange student in the someday in college.  She impressed me with her maturity and we all wish her the best for her future! Overall, it was a great experience hosting Patricia in our house for 10 days :)