richest CAS, so what?

richest CAS, so what? your thought?

The Chinese Academy of Sciences at 70

Over the past few decades, the academy’s investments have made it one of the world’s richest. Could its financial autonomy be a model for others?
PDF version

The story of the number theorist Jingrun Chen will be familiar to most readers in China. Chen, a prodigious talent, spent a lifetime working on Goldbach’s conjecture — the still unsolved theory that every even integer greater than two is the sum of two prime numbers. But during the Cultural Revolution in the 1960s, Chen, in common with thousands of university researchers and members of the Chinese Academy of Sciences (CAS), was led away for re-education on a farm, beaten and tortured. The academy was later rehabilitated, and Chen would become a national role model until his death in 1996.

Communist China turns 70 this week, marking an ideal time to reflect on the turnaround in Chinese scientists’ fortunes. Although CAS was also established in 1949, in the early years, Communist-party leaders never fully trusted scientists, thinking that they were not completely on board with the project.

Scientists’ international connections and their need for freedom to think were seen as evidence of disloyalty to the new state. And, asShellen Wu writes in one of two essays on what the past can teach us about the present, CAS became a target of two waves of attacks by the government on intellectuals. 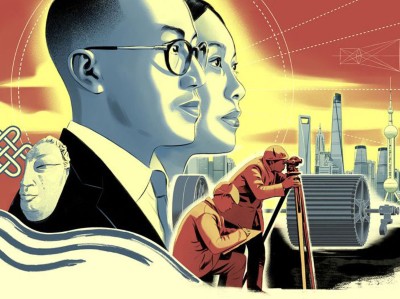 China: How science made a superpower

The first wave was a response to the ‘Hundred Flowers’ campaign of the 1950s, when party chairman Mao Zedong invited academics to speak freely about Communism. It was a trap, because it led to critical scholars being identified and punished. They were smeared by the Communist leadership as ‘rightists’ — supporters of capitalism who needed to be re-educated in the new doctrine.

This was followed in the 1960s by the decade-long Cultural Revolution, when numerous universities and CAS institutes were closed, research was stopped and science books burned. Many researchers were redeployed to work on defence projects. Torture was commonplace and, according to CAS’s own records, 229 scientists were either killed or took their own lives in this time.

“The Cultural Revolution devastated China’s science and technological undertakings,” wrote Chunli Bai, the current president of CAS, in China’s Creations and Progress in Science and Technology, which was published last year. And Bai should know, because he, too, was one of its victims.

Ever since China’s opening up to the world — and to the world economy as it embraced a form of capitalism — CAS’s leadership has been careful to stay in lock-step with the government while simultaneously expanding its more than 100 institutions, developing international collaborations and cultivating independent sources of income.

In 2013, when China’s leader Xi Jinping announced the Belt and Road Initiative — a trillion-dollar infrastructure-building plan for developing countries — Bai positioned CAS as the project’s scientific arm. CAS institutes are involved in rice genomics in Pakistan, water purification in Sri Lanka and astronomy in Uzbekistan. Hundreds of PhD students are being trained. Such a move also enabled Bai (and the CAS leadership) to have direct access to China’s top decision-makers, without needing to ask permission from the Ministry of Science and Technology.

Bai also oversaw CAS’s expansion into international finance — its overseas investments are estimated to exceed US$700 million. This phase in CAS’s evolution began in the early 1980s with the creation of a spin-out company from the CAS Institute of Computing Technology. That company, Legend, became Lenovo, which today is one of the big-three PC manufacturers, and CAS is its biggest shareholder. The academy additionally owns or holds shares in more than 30 conglomerates and companies employing tens of thousands of people in food and agriculture, life sciences, chemicals, banking and insurance.

Such financial autonomy is an unusual arrangement for a science academy, but it makes sense for the institution to diversify its income in this way, given China’s centralized political system with its history of problematic relations between science and government.

It has taken more than 30 years for CAS to achieve this level of autonomy, but it means that China’s leadership cannot control scientists in quite the same way it was able to do in the 1950s and 1960s. It is a model that science academies in other countries — especially one-party states or states with authoritarian leadership systems — should also consider.

As the unfolding events in Hong Kong and the mass disappearances in Xinjiang show, China’s leadership is all too capable of taking harsh measures against its people, especially those who do not share its politics or ideology. But the relative autonomy that CAS has carved out for itself, along with its expansive international collaborations and networks, means that the government will need to think twice and think hard before it decides to turn against scholars such as Chen and Bai — as it did to devastating effect all those years ago.