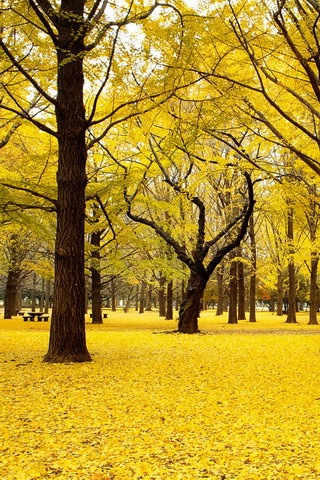 The Hebrew Bible uses a familiar but significant word, shalom. In its purest sense, shalom means “peace.” The connotation is positive. That is, when someone says, “Shalom,” or, “Peace unto you,” it doesn’t mean, “I hope you don’t get into any trouble”; it means, “I hope you have all the highest good coming your way.”

Most people in our world don’t understand peace as a positive concept. All they know is the negative aspect of peace, which is merely the absence of trouble. The definition of peace in many languages of the world illustrates that. For example, the Quechua Indians in Ecuador and Bolivia use a word for peace that literally translates, “to sit down in one’s heart.” For them peace is the opposite of running around in the midst of constant anxieties. The Chol Indians of Mexico define peace as “a quiet heart.” Those may be beautiful ways to put it, but they still seem to leave us with only the negative idea that peace is the absence of trouble.

Close to the meaning of the Hebrew word shalom is the word used by the Kekchi Indians of Guatemala, who define peace as “quiet goodness.” The term they use conveys the idea of something that is active and aggressive, not just a rest in one’s own heart away from troublesome circumstances.

The biblical concept of peace does not focus on the absence of trouble. Biblical peace is unrelated to circumstances; it is a goodness of life that is not touched by what happens on the outside. You may be in the midst of great trials and still have biblical peace. Paul said he could be content in any circumstance; and he demonstrated that he had peace even in the jail at Philippi, where he sang and remained confident that God was being gracious to him. Then when the opportunity arose, he communicated God’s goodness to the Philippian jailer, and brought him and his family to salvation. Likewise, James wrote, “Consider it all joy, my brethren, when you encounter various trials” (James 1:2).

Where does a man find the kind of peace that is not just the absence of trouble–the kind of peace that cannot be affected by trouble, danger, or sorrow? It is ironic that what is surely the most definitive discourse on peace in all of Scripture comes from the Lord Jesus on the night before He died in agony. He knew what He was facing, yet He still took time to comfort His disciples with the message of peace:

Peace I leave with you; My peace I give to you; not as the world gives do I give to you. Let not your heart be troubled, nor let it be fearful. (John 14:27)

The peace Jesus is speaking of enables believers to remain calm in the most wildly fearful circumstances. It enables them to hush a cry, still a riot, rejoice in pain and trial, and sing in the middle of suffering. This peace is never by circumstances, but instead affects and even overrules them.

The Nature of Peace

The natural man lacks peace with God. We all come into the world fighting against God, because we are a part of the rebellion that started with Adam and Eve. Romans 5:10 says we were enemies of God. We fought against God, and everything we did militated against His principles.

But when we receive Jesus Christ, we cease being enemies of God–we make a truce with Him. We come over to His side, and the hostility is ended. Jesus Christ wrote the treaty with the blood of His cross. That treaty, that bond, that covenant of peace declares the objective fact that we now are at peace with Him.

That’s what Paul means in Ephesians 6:15, when he calls the good news of salvation “the preparation of the gospel of peace.” The gospel is that which makes a man who was at war with God to be at peace with Him. This peace is objective–that is, it has nothing to do with how we feel or what we think. It is an accomplished fact.

Colossians 1:20-22 says that Christ “made peace through the blood of His cross…. And although you were formerly alienated and hostile in mind, engaged in evil deeds, yet He has now reconciled you in His fleshly body through death, in order to present you before Him holy and blameless and beyond reproach.”

A sinful, vile, wicked person cannot come into the presence of a holy God. Something must make that unholy person righteous before he can be at peace with God. And that’s exactly what Christ did, dying for sin, imputing His righteousness to sinners. So Paul says we are no longer enemies but are at peace because we are reconciled.

It is as if God were on one side, we were on the other side, then Christ filled the gap, taking the hand of God and the hand of man and placing them together into the same grip. We have now been brought together through the blood of the cross of Jesus Christ.

Whereas God and man were once estranged, they have now been reconciled. That is the heart of the gospel message, as Paul says in 2 Corinthians 5:18-19. But Jesus is not talking about objective peace in John 14:27. The peace He speaks of here is a subjective, experiential peace. It is tranquility of the soul, a settled, positive peace that affects the circumstances of life. It is peace that is aggressive; rather than being victimized by events, it attacks them and gobbles them up. It is a supernatural, permanent, positive, no-side-effects, divine tranquilizer. This peace is the heart’s calm after Calvary’s storm. It is the firm conviction that He who spared not His own Son will also along with Him freely give us all things (cf. Romans 8:32).

This is the peace that Paul speaks about in Philippians 4:7: “And the peace of God, which surpasses all comprehension, shall guard your hearts and your minds in Christ Jesus.” The peace of God is not based on circumstances like the world’s peace, so it doesn’t always make sense to the carnal mind; Paul says it is a peace that surpasses comprehension. It doesn’t seem reasonable that such peace could exist in the midst of the problems and troubles Christians go through. But this is divine, supernatural peace; it cannot be figured out on a human level.

The word for “guard” in Philippians 4:7 is not the word that means to “watch,” or “keep imprisoned.” It is a word that is often used in a military sense, meaning “to stand at a post and guard against the aggression of an enemy.” When peace is on guard, the Christian has entered an impregnable citadel from which nothing can dislodge him. The name of the fortress is Christ, and the guard is peace. The peace of God stands guard and keeps worry from the corroding our hearts, and unworthy thoughts from tearing up our minds.

The Source of Peace

This subjective, experiential peace–the peace of God–has its foundation in the objective, factual peace–peace with God. The peace of God is not obtainable by those who are not at peace with Him. God alone brings peace. In fact, in Philippians 4:9, 1 Thessalonians 5:23, and again in Hebrews 13:20, He is called “the God of peace.”

Jesus Christ is also seen as the One who gives peace. Jesus said, “My peace I give to you.” Notice He says “My peace.” Here is the key to the supernaturalness of this peace: it is His own personal peace. It is the deep, rich peace that stilled His heart in the midst of mockers, haters, murderers, traitors, and everything else He faced. He had a calm about Him that was unnatural and nonhuman. In the midst of incomprehensible resistance and persecution, Jesus was calm and unfaltering; He was a rock.

Those who knew Him might have come to expect it, but you can imagine how it must have confounded His enemies and those who didn’t know Him to see someone that calm. When Jesus appeared before Pilate, He was so calm, so serene, so controlled, and so at peace, that Pilate became greatly disturbed. He was furious that Jesus was standing before him fearless; and in a near frenzy, Pilate said, “Do You not know that I have authority to release You, and I have authority to crucify You?” (John 19:10).

In fact, Christ is seen throughout the New Testament as the dispenser of peace. In Acts 10:36, Peter says, “The word which He sent to the sons of Israel, preaching peace through Jesus Christ.” Second Thessalonians 3:16says, “Now may the Lord of peace Himself continually grant you peace.” Jesus Christ gives us His own personal peace. It has been tested; it was His own shield and His own helmet that served Him in battle. And He gave it to us when He left. It should give us the same serenity in danger, the same calm in trouble, and the same freedom from anxiety.

The Giver of Peace

The Holy Spirit is the Giver of this peace, and He dispenses it as a gift. Galatians 5:22 says one aspect of the fruit of the Spirit is peace. You might ask, if it was Christ’s peace, why is the Holy Spirit giving it? The answer is inJohn 16:14, which says, “He will glorify Me; for He will take of Mine and will disclose it to you.” The Holy Spirit’s ministry is to take the things of Christ and give them us.

Notice that every promise Jesus made to His troubled disciples on the night before His death was rooted in the coming of the Holy Spirit. Christ promised life, union with deity, full understanding, and peace to those who are His disciples, but it is the Spirit of God who takes the things of Christ and gives them to us.